I’m not a memelord. In fact, this is my first attempt at creating memes. So forgive me if my memes are not of the highest quality.

I created my memes on the imgflip website. This is the first website I found when I searched for meme generator websites. The website seems to be good enough for creating memes. Let the memeing begin.

A meme for introverts 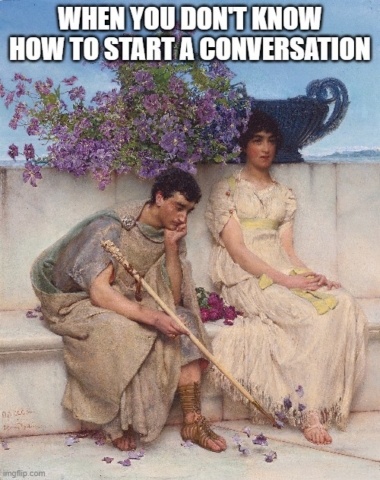 Let’s start with a meme for introverts and people that don’t know how to start a conversation. As a template, I used the painting “An eloquent silence” by Lawrence Alma-Tadema. 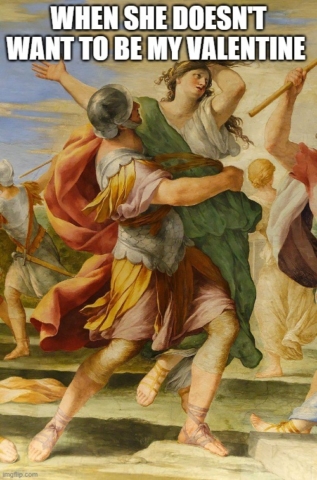 If your conversation skills suck, you can at least use brute force. After all, this is what the Romans did when they abducted the Sabine women. The template for this meme is the painting “The Rape of the Sabine Women” by Giovanni Francesco Romanelli. 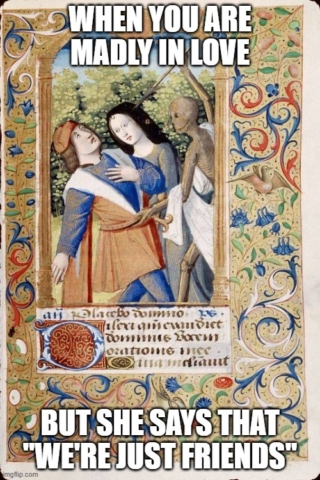 Friendzone, the purgatory of relationships. You must kill that relationship, unless you want to become like Tantalus, forever thirsty.

Continuing with a “thirsty dudes” meme. The template for the meme is “Susannah and the Elders” by Giuseppe Bartolomeo Chiari. 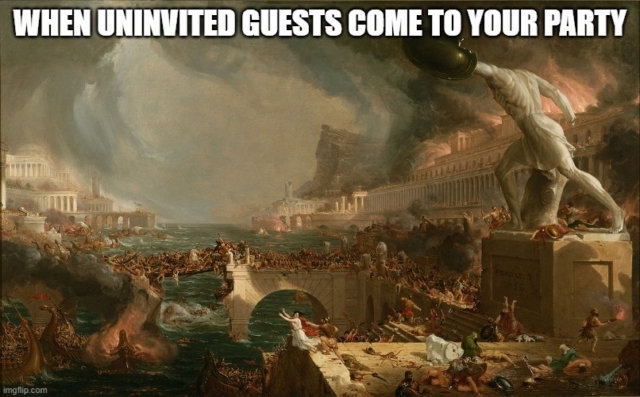 Would it not in that case be simpler

To dissolve the people

The template is “Destruction” by Thomas Cole. This is the fourth painting from the The Course of Empire series of paintings.

Let’s lighten up the mood with a divine mooning. The template is “The Creation of the Sun, Moon and Plants ” by Michelangelo. The figure on the left is fully clothed, so it’s not technically a mooning. Nonetheless, the thiccness is not contained very well by the clothes. 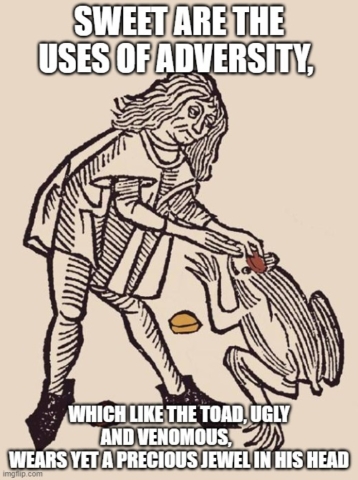 Sweet are the uses of adversity,
Which like the toad, ugly and venomous,
Wears yet a precious jewel in his head”

The text of the meme is the Bard’s way of saying that “fire tests gold” (ignis aurum probat). Our character is refined by adversity and hard times.

I took the image of the meme from the toadstone Wikipedia page. You can read the page to understand the passage of the text.