I already wrote a paper called “Lill’s Method and Graphical Solutions to Quadratic Equations” that shows how to solve quadratic equations using Lill’s method. In this post I want to show an alternative way of solving quadratic equations that have complex or imaginary roots. This method was briefly mentioned in the paper “Geometric Solution of the Quadratic Equation” by G.A. Miller [1].

If you are not familiar with Lill’s method, you can read this article by Verner Bradford and other articles linked on this page. There are more than one way of illustrating a polynomial using Lill’s method, but Bradford’s way is the most convenient. 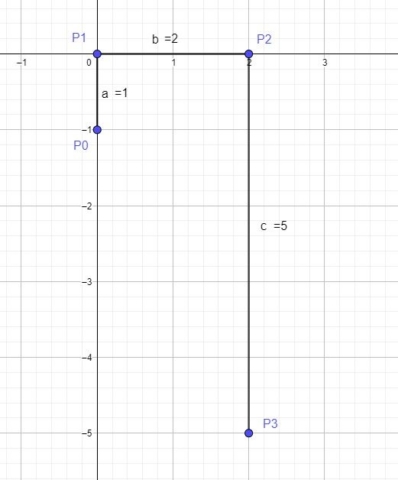 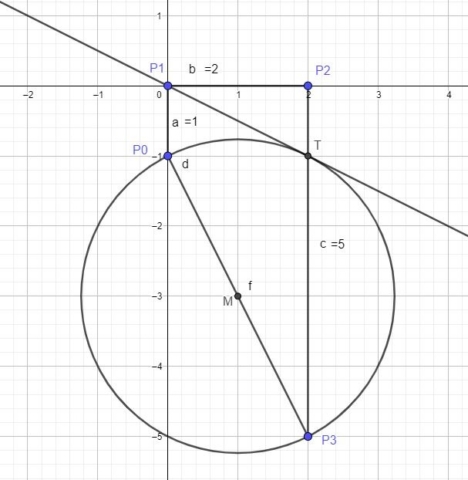 In my old paper I mentioned that the coefficient a works as a scale factor. If a doesn’t have an absolute value of 1, than you need to divide by the absolute value of a to obtain the value of roots from the coordinates of points X1 and X2. For example, you can try to solve the polynomial 2x2 +4x + 10=0 using the technique described above. The polynomial has the same roots as our example (all the coefficients were multiplied by 2). However, the coordinates of the points X1 and X2 are going to be (2, -4) and (2, 4). You have to divide all the coordinate numbers by abs(a)=2 to obtain the value of the roots.

In my old paper I also mentioned without proof that the point X1 is the inverse of point X2 with respect to the Lill circle (You can learn about inversive geometry on this Wikipedia page). I think that I am the first person who wrote about this circle inversion property of the Lill circle. Maybe in the future I will try to do an actual proof of the property. If the property is true, it shows the beauty of Lill’s method and the usefulness of Lill circle. There are probably other interesting properties that were not discovered.

For more articles about Lill’s method check this resource page and also check my articles.