The classical way of inscribing a regular pentagon in a circle is discussed in Book IV, Proposition 11 of Euclid’s Elements. The method of Euclid is a bit complicated since it requires first to draw a golden triangle (a 72-72-36 triangle) and then to inscribe the triangle in the given circle.

In this post I want to describe the method I like to use. This method is based on a method described in the book “The Glorious Golden Ratio” by Alfred S. Posamentier and Ingmar Lehmann. Their method is slightly more complicated because they show how the golden ratio is embedded in the yin and yang symbol.

A Circle Inside a Circle

We can start with a circle with center M and radius R=1. Then you have to construct 2 perpendicular diameters (or 2 perpendicular lines that meet at M). For convenience, you can work in Geogebra and make M the point (0,0). Then you can use the x and y lines as the perpendicular lines that meet at M. A and C are the intersection between the y line and the circle. B and D are the points of intersection between the x line and the circle. Figure 1 shows the initial unit circle. 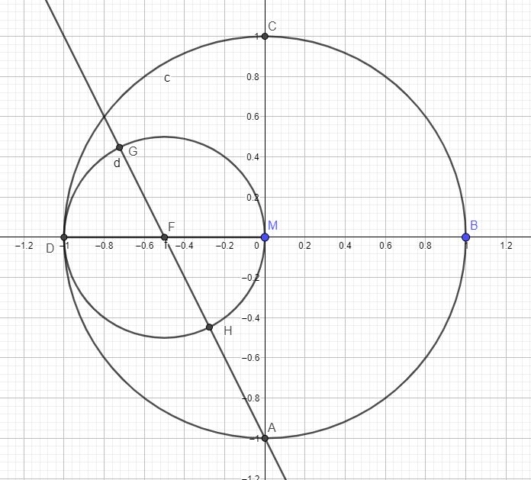 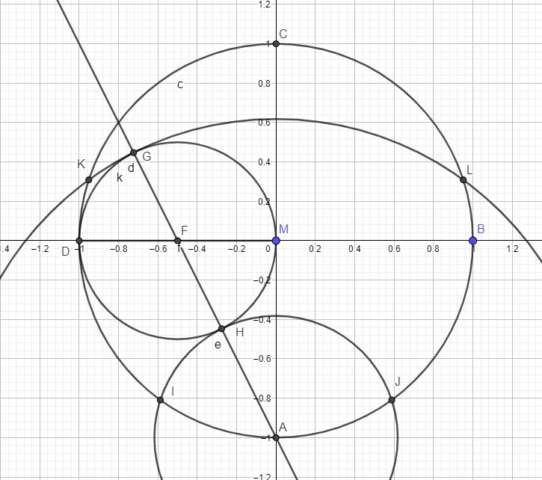 The only thing that remains is to connect the points I, J, L, C and K to obtain the regular pentagon IJLCK. Figure 4 shows the pentagon.

People interested in golden ratio constructions should also read my post about the hexagram and the golden ratio. The post is also based on a drawing from “The Glorious Golden Ratio” book.