I am continuing on my path towards memelordship with a few language memes. Language learning is a hobby of mine, so I tried to create a few memes related to language and language learning.

I may update this post with relevant memes on language, philology etymology and other related topics. 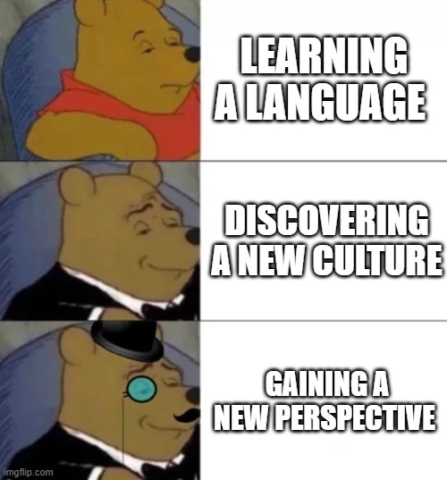 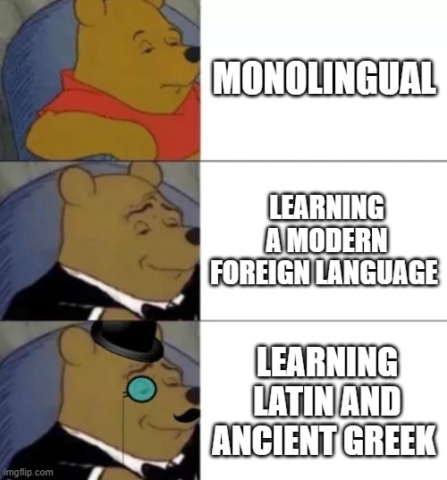 Until 19th century, Latin used to be the language of government , theology and higher learning in many Western countries. Ancient Greek was also taught in universities.

In other parts of the world, languages with similar prestige to Latin and Ancient Greek were Church Slavonic, Sanskrit, Ancient Hebrew, Classical Arabic and Classical Chinese. 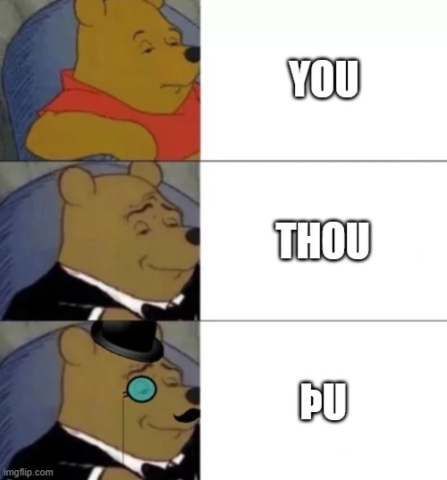 To learn about the connection between the pronouns “you”, “thou” and the Old English ” þu” see this Wiktionary page.

Alphabet vs Abjad Vs Logographic system

Abjad refers to the alphabet systems the Semitic languages have. I studied a bit the Hebrew and the Arabic alphabets and I may try to master them in the future.

I believe that the Chinese and Japanese languages are the only modern languages that use a logographic system. Of course, the Japanese Kanji is derived from the Chinese traditional characters or hanzi. I superficially studied the Chinese characters to get a general idea how the Chinese writing works. 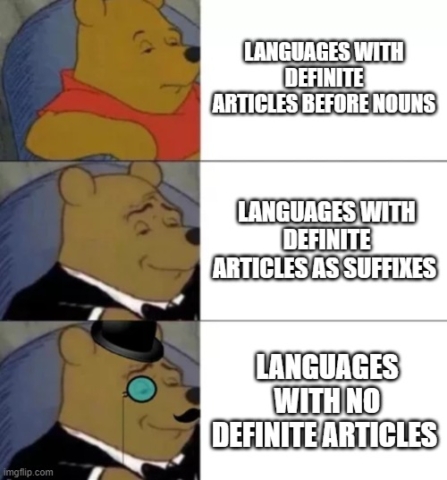 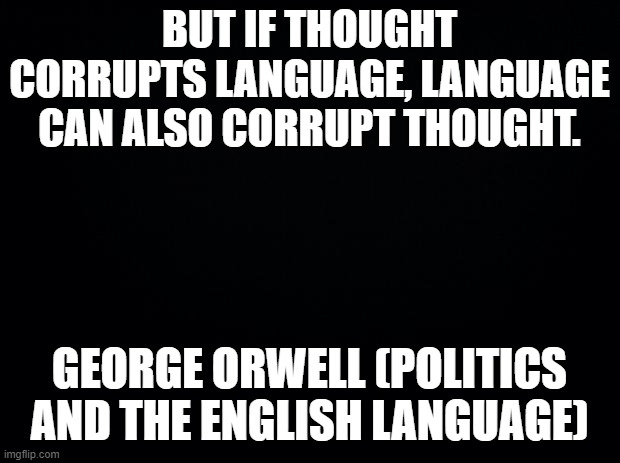 For this meme I used a quote from “Politics and the English Language” by George Orwell. A lot of things changed since George Orwell wrote the essay, and I would say that most changes pushed towards more corruption of thought and language.

I wrote a post about the power of speech that is somewhat related to the meme. The relationship between thought and language was explored further by Orwell in his novel “1984”.